SquatConf - Information wants to be free.

A free conference of ideas on de-centralisation of services, transparency, crypto and open-source.

Held in Hanger 56 in Paris, it was a tech conference without the ceremony or constraints that a big budget show inevitably presents.

Pitched as: “a zero-cost conference made with love, but a little rougher around the edges.” it emerged from conversations and spirit of LXJS, but choosing a different set of trade-offs. 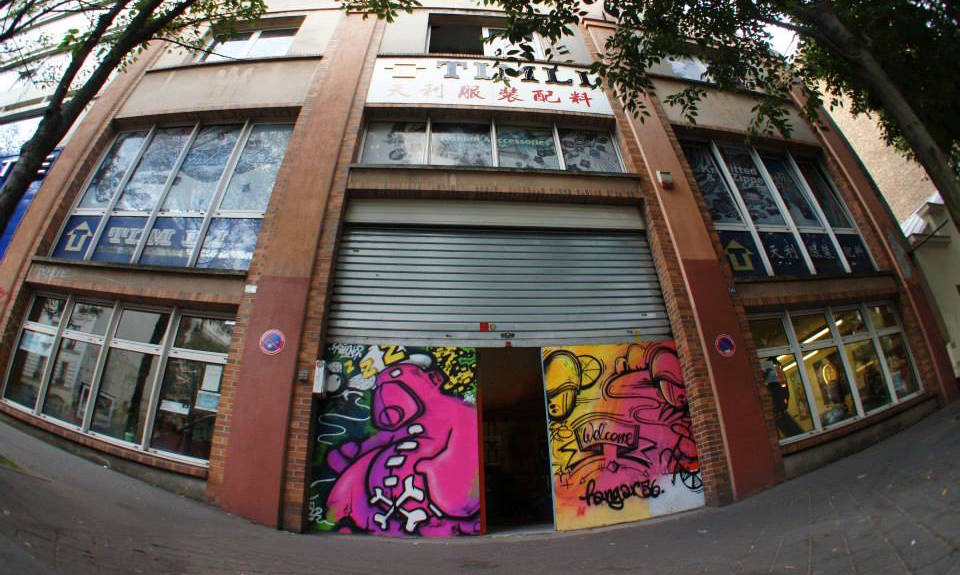 A couple of issues were alluded to by multiple speakers:

And many other individual points:

The conference itself was both radical, compared to the current conference norms, and one of the oldest ideas out there. It was free. No tickets ment free to attend; no sponsors ment free to discuss what we liked.

What follows is a flavour, a super-reduced gravy, of the topics presented.

You can try it out today in the instantWebP2P fork of node. Let’s get it into node!

Protect users from future us.
We might run out of time/money/inclination to keep a service running, or worse - we might “go Oracle”.

No server hits means no leaking user info back to central; opt-in updates give protection from apps that go bad or go away.

The default mechanics of the web are highly skewed toward service providers and away from users. To correct this imbalance, we developers should irrevocably limit our own ability to exert control. A manifesto means nothing without a mechanism.

“if we get rid of this terrible idea that has plagued databases for ever that …there shoud be one, canonical value for each key ..which is a lie”

forkdb is the “no-canonical-truth, multi-head, 1 key: many values, merging is up to you” db

## @cjdelisle - United as one, divide by zero

…but absolute individual privacy is isolating and tends to fail.

“you can be completely anonymous on the net… if you don’t piss off the FBI.”

Transparency works better than secrecy. If everyone knows everything there is no value in targeting individuals.

“Scope creep in security is paranoia”

A really beautiful talk. Holger is an interesting chap and a wonderful speaker. On being nervous about public speaking he said:

“If you’re alone, in front of a group of people you don’t know, it’s natural to assume they want to kill you.”

But, we must all talk to as many people as possible. Nothing changes without communication. Share ideas as widely as possible to effect change. It’s not enough to just hack on things.

He strongly recommends: Adam Ierymenko - Decentralization: I Want to Believe, that discusses:

People are having decentralised conversations. youtube / gmail / facebook, all de-central in terms of the conversation. We can all publish and view, it’s just the wiring, the platform, that is centralised.

If you take nothing else from this talk, read: Gene Youngblood - Secession from the broadcast - the internet and the crisis of social control

“how can we create on the same scale as we can destroy?”

“Summon the breathtaking image of the multitude pouring into streets and plazas around the world in millions to demonstrate against tyranny. Now imagine instead they’re demanding a free and open internet. The likelihood of that is almost zero, we would agree. But why is that?”

Be warned: the security is broken, so you have to handle it at the app layer if it’s critical, which can be tricky if your on a super low power device.

See bleano & noble for working with BLE and from node.

Ended with a fantastic poem, a javascript re-imagining of the heart sutra: http://l0l.org.uk/2014/11/squatconf-presentation/

The first time I’ve seen a talk from by active W3C participant about a current spec, plus Harry is super animated and interested in the subject. A+ would listen again.

The first rule of crypto is: don’t roll your own.

“We know there is good crypto somewhere in your OS, we just want to expose it.”

“There’s probably orgs out there that’d like to subvert the crypto api, so we’re calling for open review. Read the code!”

As Substack pointed out earlier:“the best docs for window.crypto are the IE 11 docs. I shit you not”

And finally, W3C needs your input, energy and ideas.

W3C is like the katechon, the binding force that prevents the coming of the apocalypse.

Crypto should be simple to provide and easy to use. Running your own email server is typically a nightmare. We don’t have any excuse for still having unencrypted communications. LEAP is a non-profit, building tools make encryption more approachable. https://leap.se/en/docs/tech/infosec

Some open projects they’re working on:

We don’t get people using de-centralised systems by winning them over with ideology, we have to build things people want to use that happen to be de-centralised.

“From a user perspective goog / face are already socially decentralised. Let’s map the software on to that.”

“bt and btc are opposite ends of a spectrum and there is a lot of room in the middle for other designs.”

Both systems are stuck at the worst (zero trust) scenario. Trust is efficient and trust networks are apparent in all human activities.

“so how do I get the other computers not to lie to me? How do you get distibuters to trust each other.”

That’s what I recall…

Concepts may have been corrupted, talk titles transposed, and arguments augmented.

The talk proposals are over here:
https://github.com/squatconf/talks/tree/master/confirmed